The memorial room is located in the building of the Center for Culture, Education and Information “Gradac“ in Raška. It was opened on November 12, 2015, marking the 100th anniversary of the visit of the Government of the Kingdom of Serbia and the Crown Prince Aleksandar Karađorđević in Raška (October 31 – November 12).

The main part of the setting relates to the event of the residence of the Government and the Crown Prince in Raška and it consists of documents and copies of documents (minutes from the sessions, testimonies of the participants), photographs of the event’s participants (Aleksandar Karađorđević, Nikola Pašić, Živojin Mišić, ministers in the Government) from that period. The fact that in Raška also found a national relic of invaluable importance for Serbia – Miroslav’s gospel, the most important cyrillic monument of Serbian-Slavic literacy from the 12th century, which Ljuba Davidović and Vojislav Marinković were entrusted with, for further preservation of the State Treasury Secretary Avram Lević and its clerks, especially contributed to the significance and attractiveness of this setting.

One “corner“ of the memorial room is dedicated to Milunka Savić, who made this part of Serbia well-known in the Balkan war and World War I, in which she has exhibited her decorations except for the reprint of her photographs, as well as the objects and uniform she wore in the war.

This setting is enriched with several art objects. The Cultural Center has one bas-relief with the image of Nikola Pašić and the sculpture by the author Živorad Ciglić, who with their “story“ directly associate events in Raška a century ago. 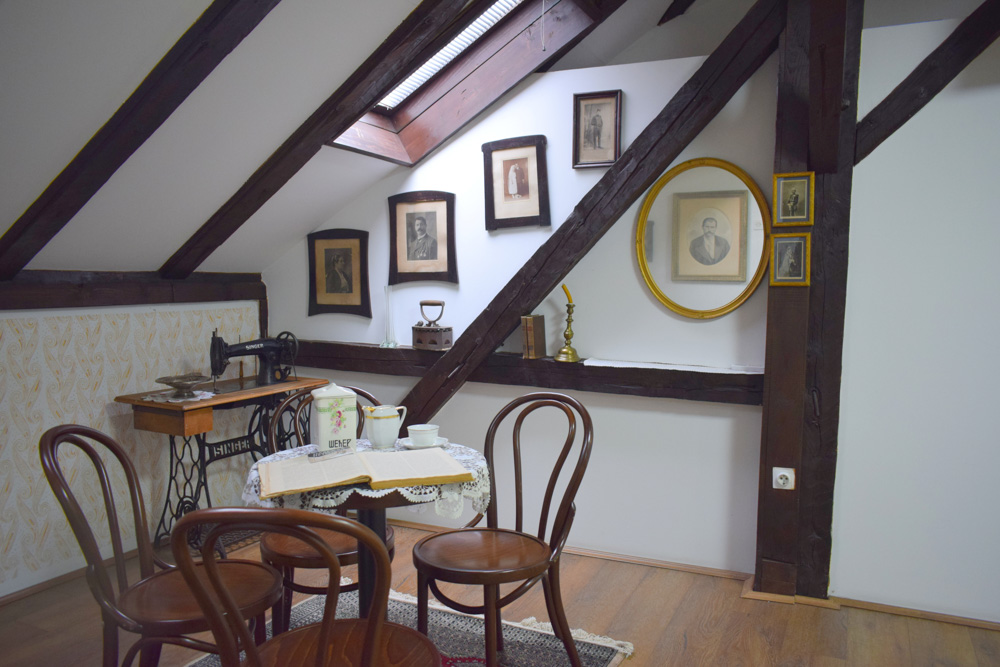 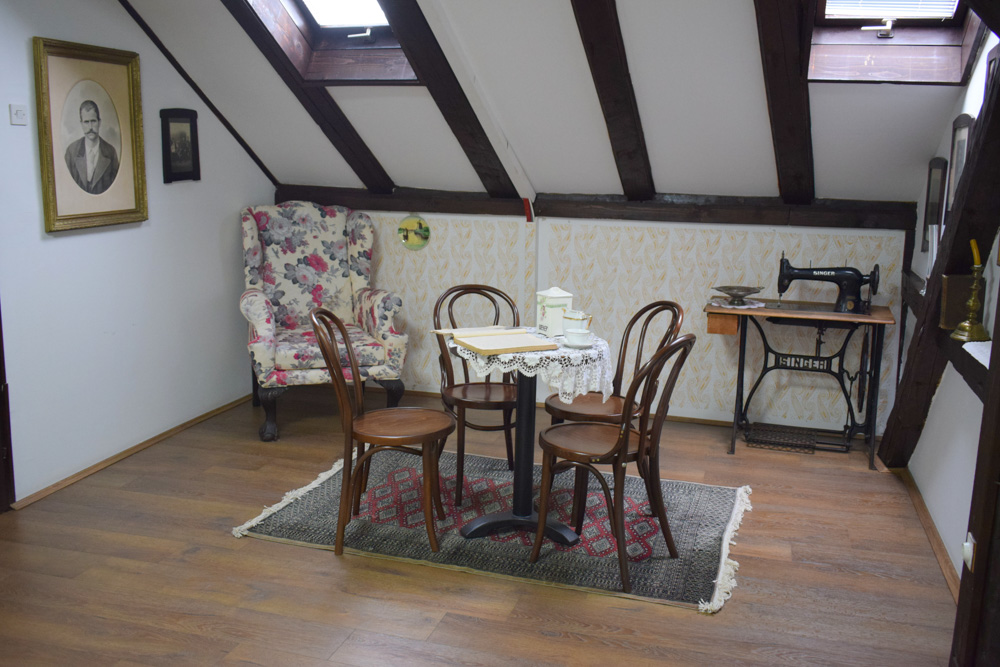 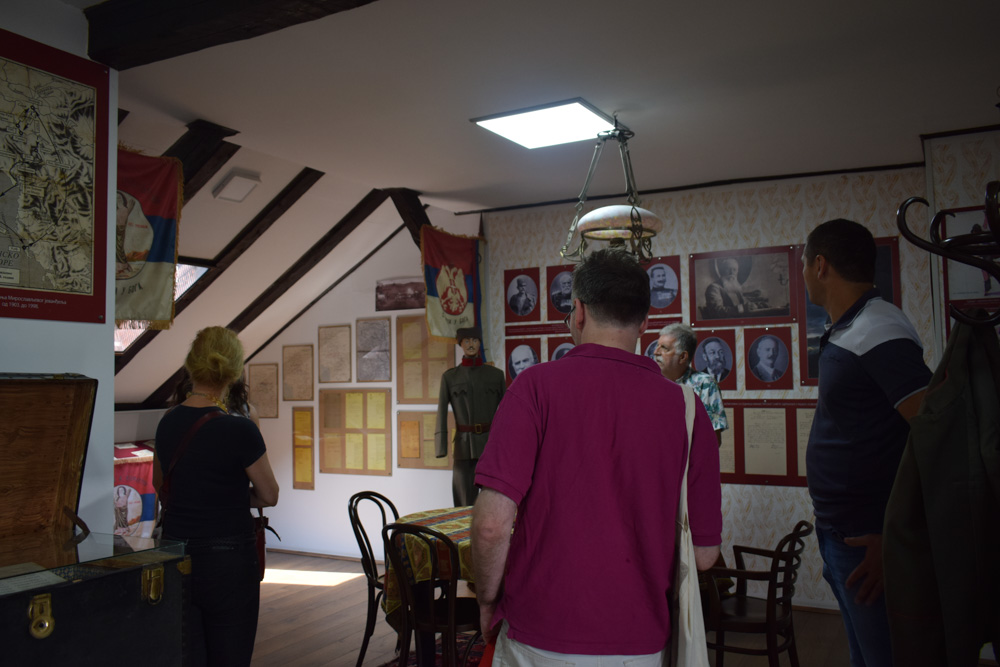 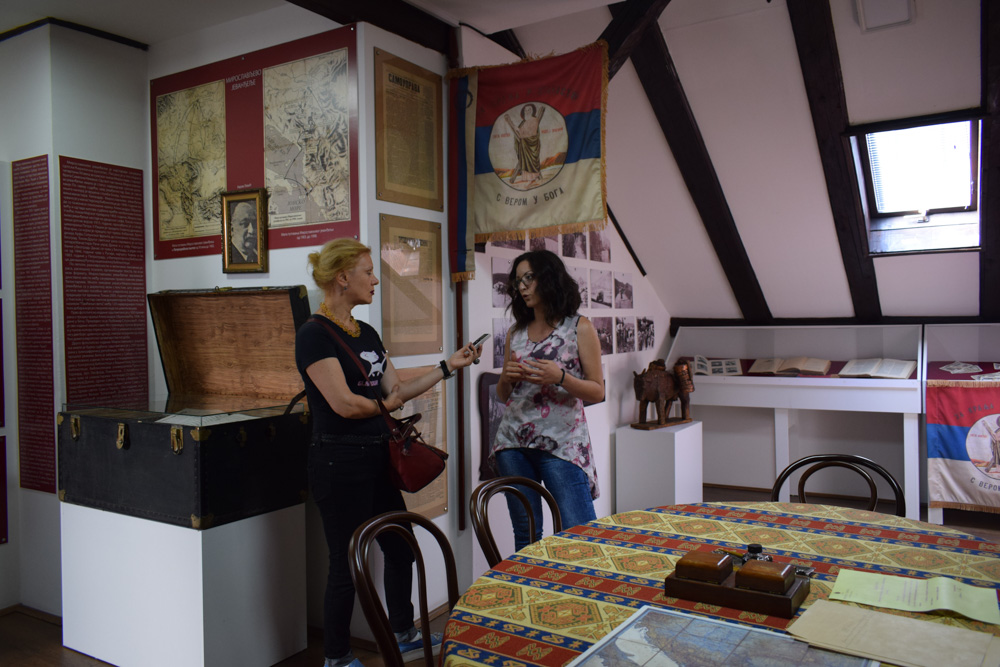 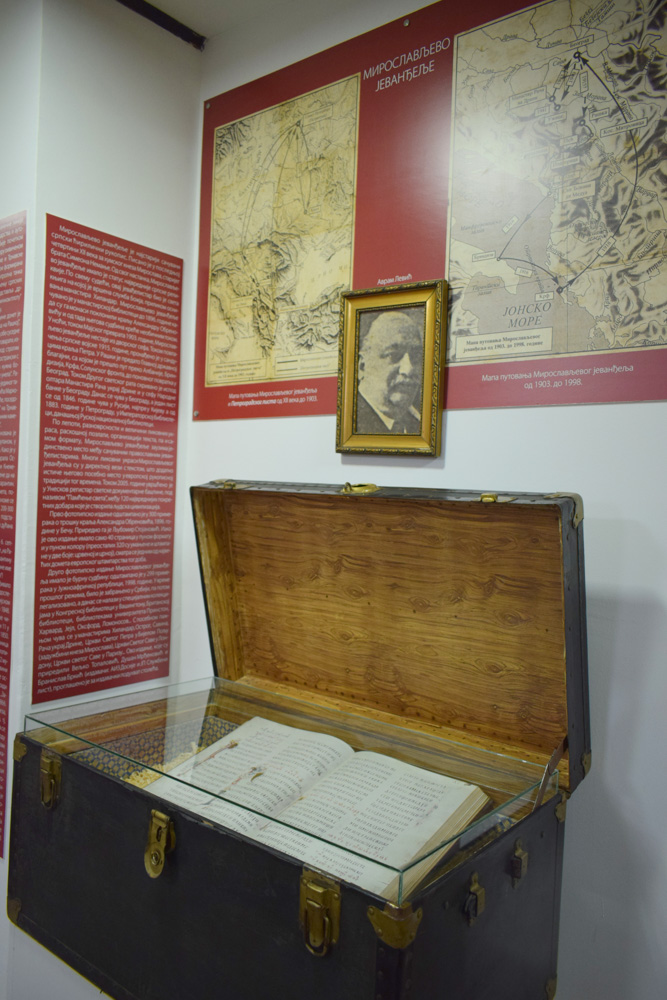 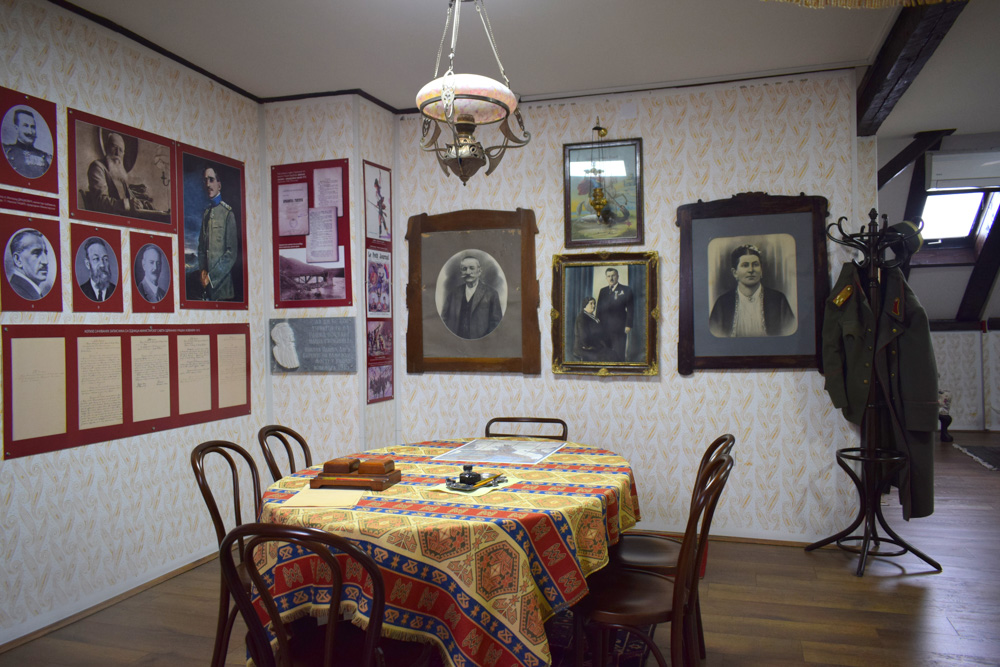 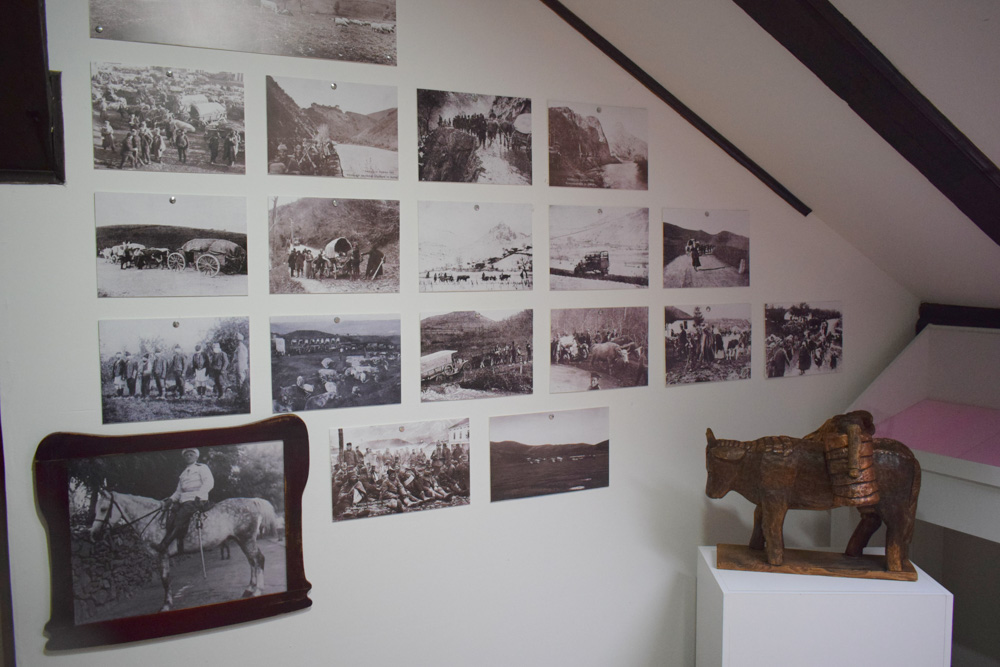 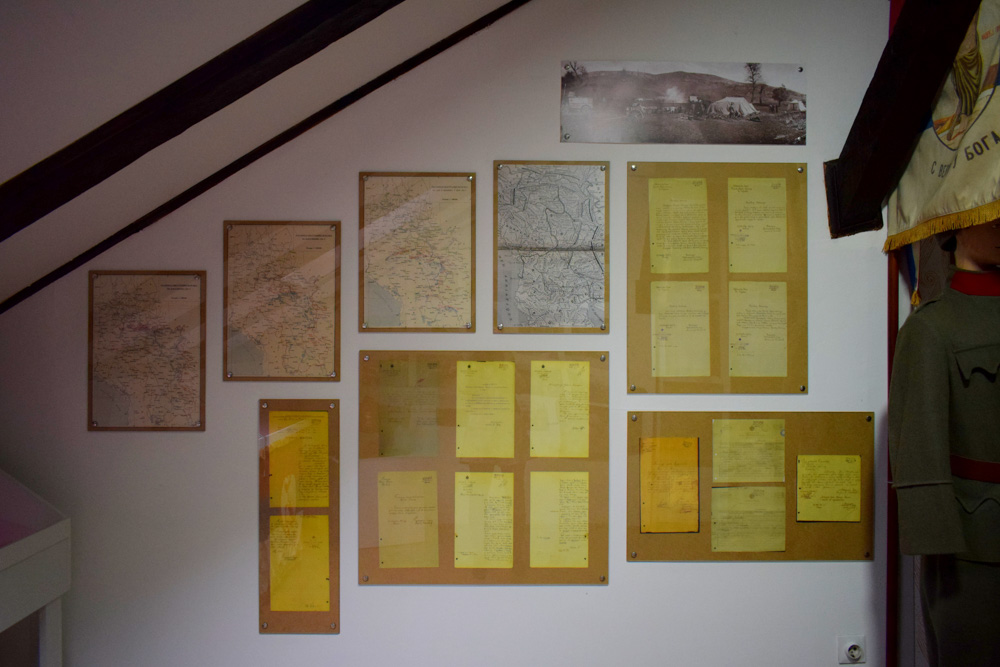 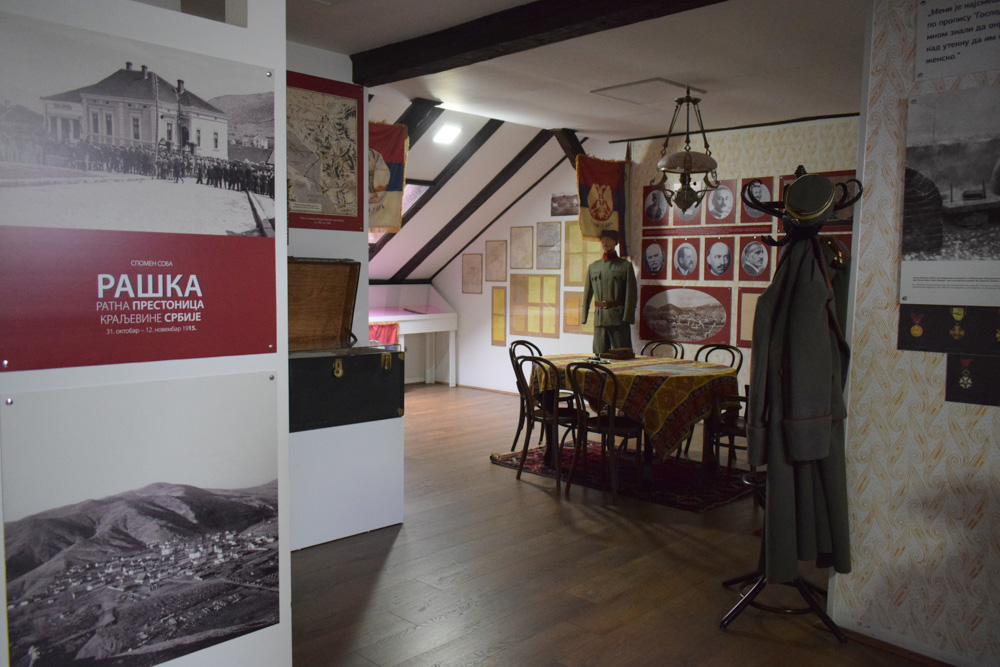 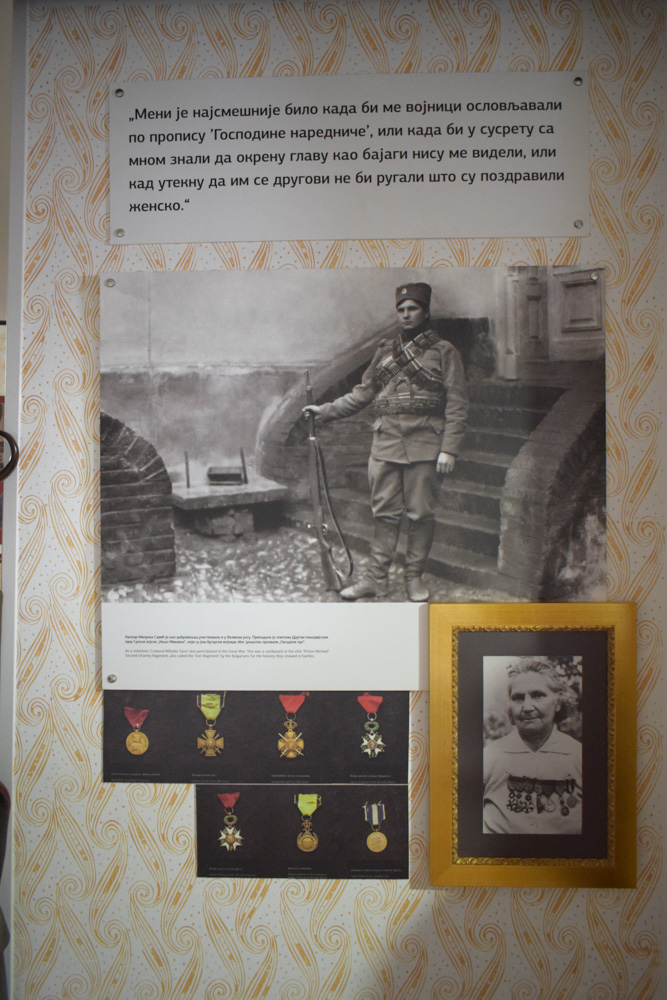 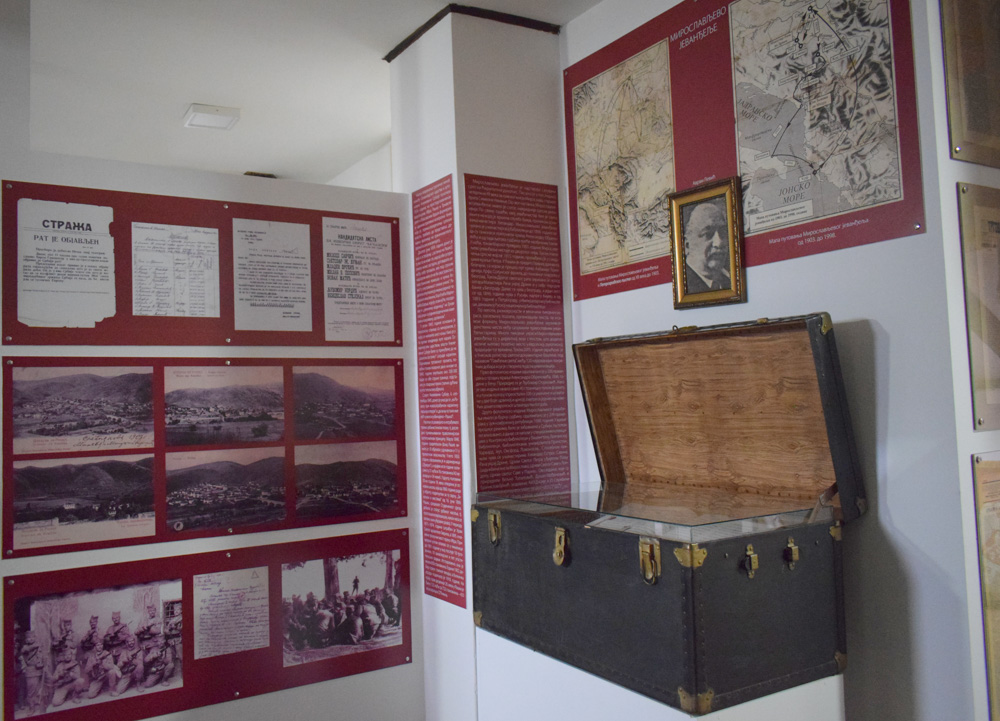 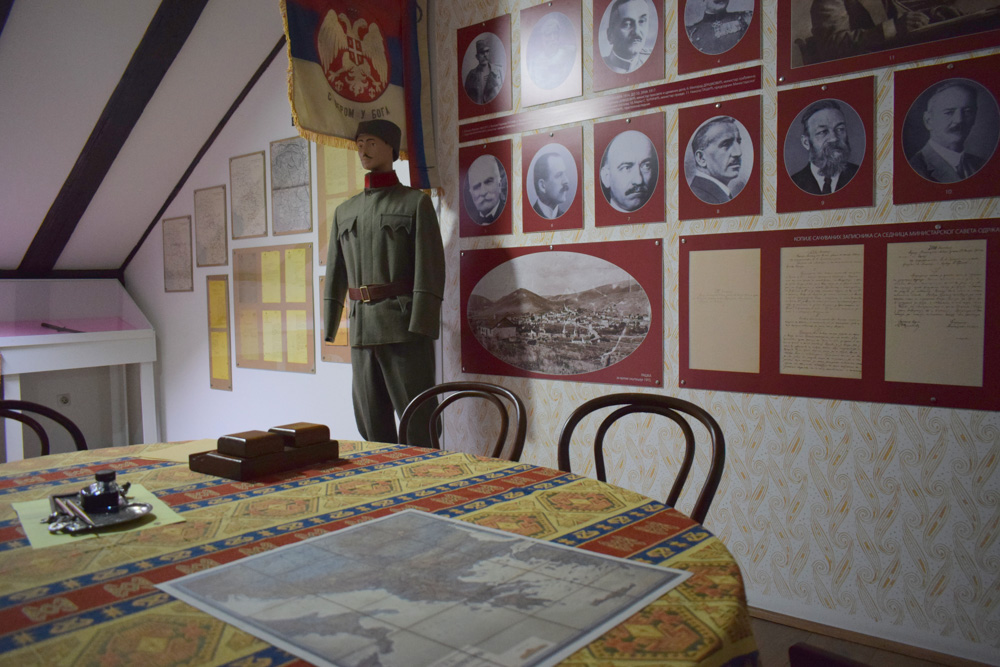