Gradac Monastery is located in the village on the slopes of mountin Golija. It is about 12 kilometers from Brvenik and Ibar highway and 22 kilometers from Raška. Gradac Monastery is the endowment of Helen of Anjou, wife of King Uroš the First. There is no written information about the construction of the monastery, but is believed to be completed by 1276 year. It was founded as a large male monastery. The founder richly equipped it and took special care of it. It was protected by a massive wall and had two entrances. The monastery complex included structures: a large church of the Holy Virgin and smaller temple of Sv. Nicholas the wonder worker Mirlikijski on the rock above the entrance to the monastery. Of the first dining room, living quarters and the walls that surrounded the monastery complex bases are preserved. In a large church dedicated to the Virgin Mary (Annunciation) there was the laid body of Queen Helen after she reposed in 1314.

At the end of the sixteenth century the monastery was briefly restored, however, only a few years later, around 1600, during the Austro-Turkish war it was abandoned. On that occasion, the monks hid the relics of the holy queen and the place is still not known. It was not until the mid-twentieth century, that the monastery has been completely renovated. The interior of the Church of the Virgin in Gradac is one of the most beautiful in the Serbian medieval architecture. Gradac is today a female monastery and one of the most active Serbian medieval cultural and historical monuments. 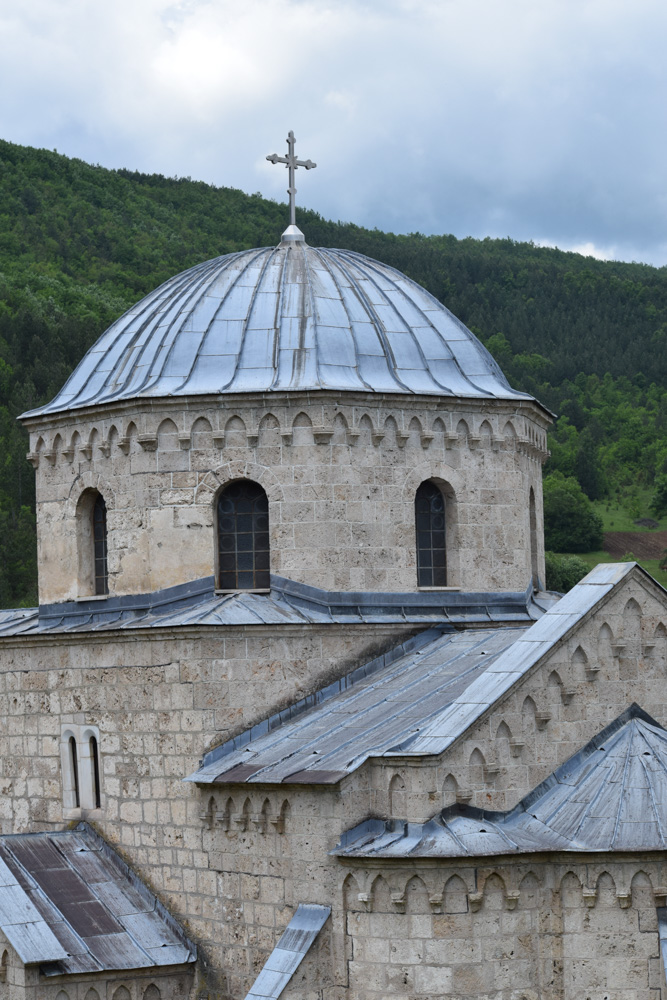 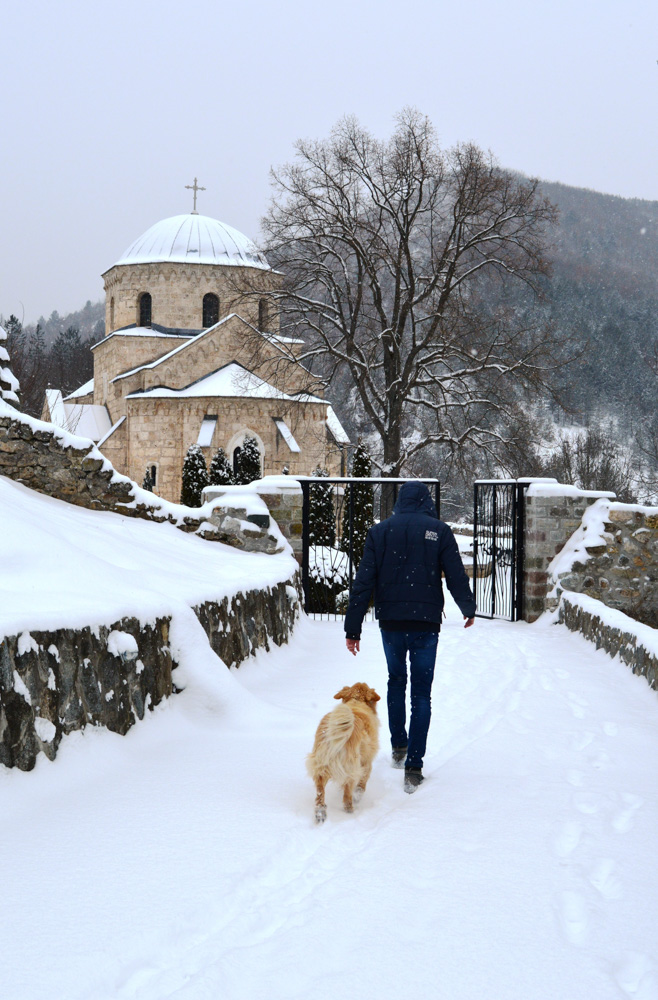 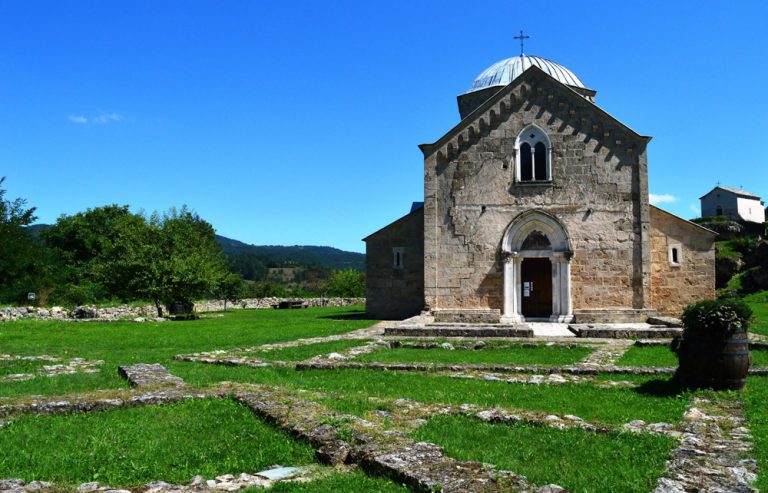 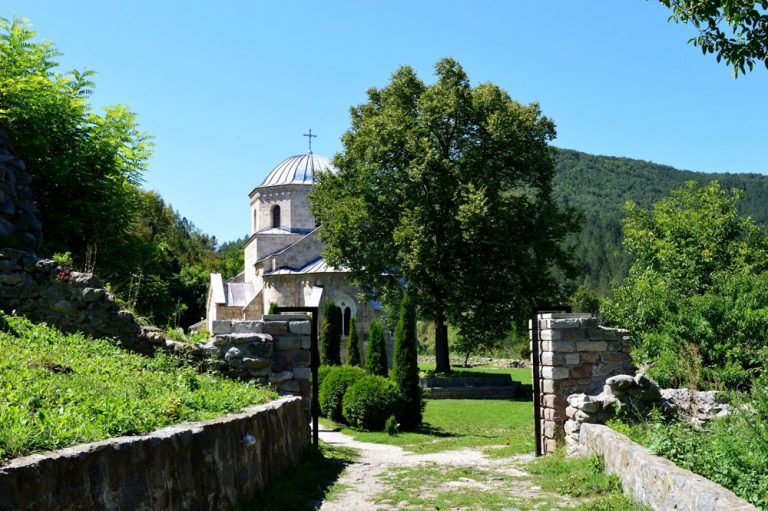 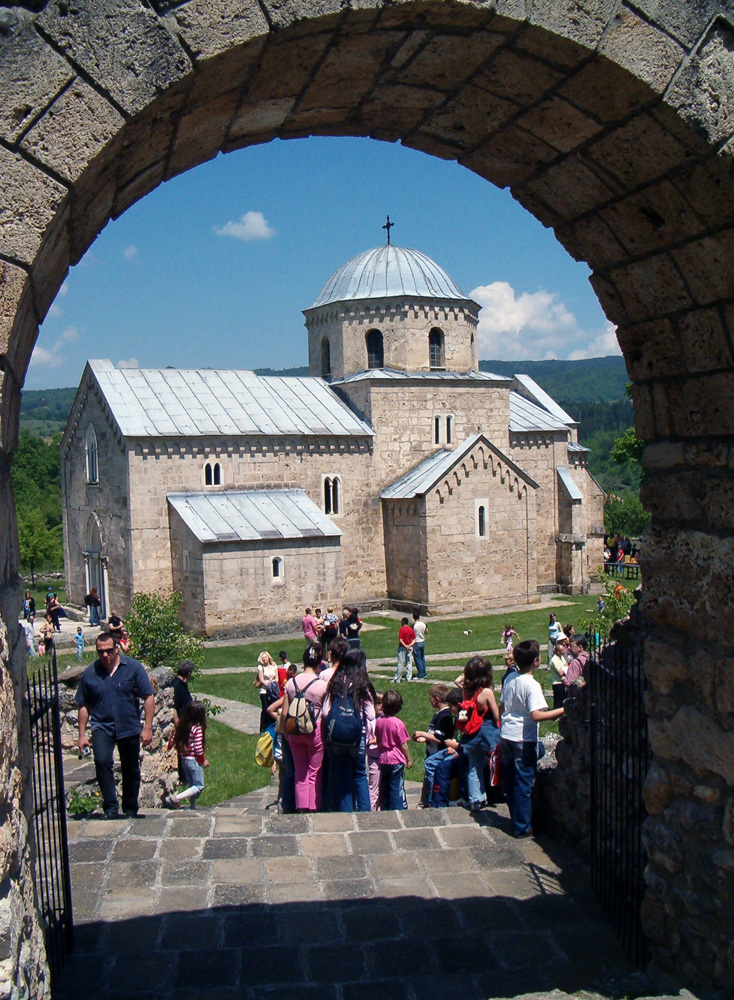 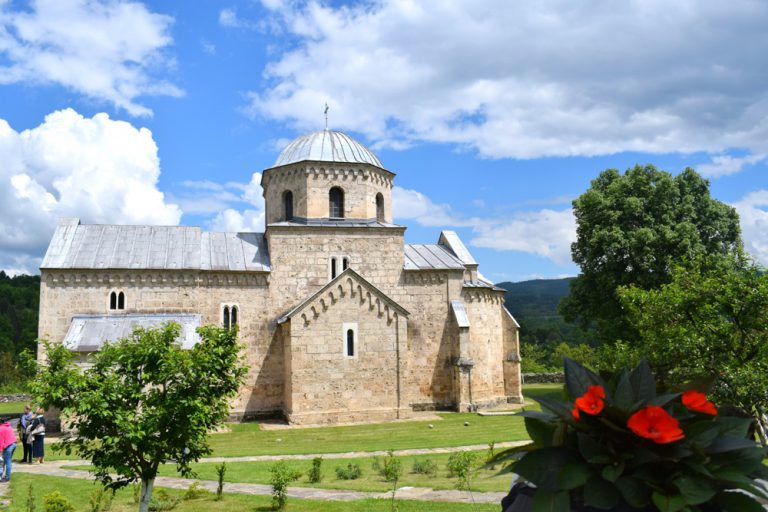 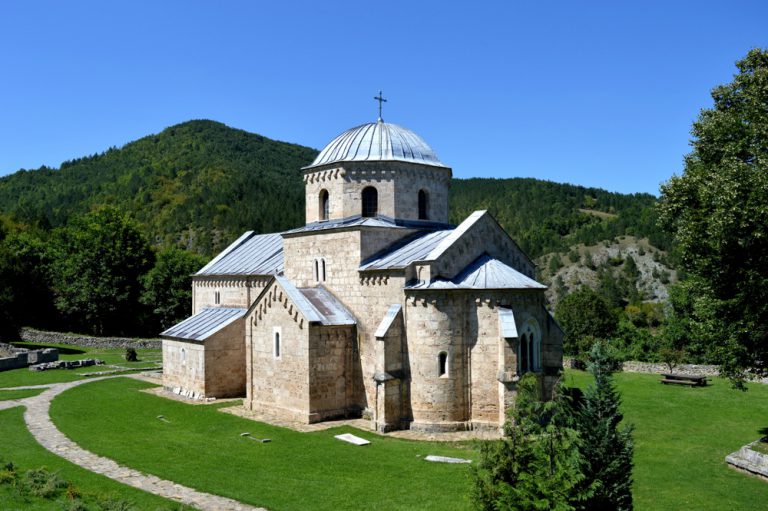 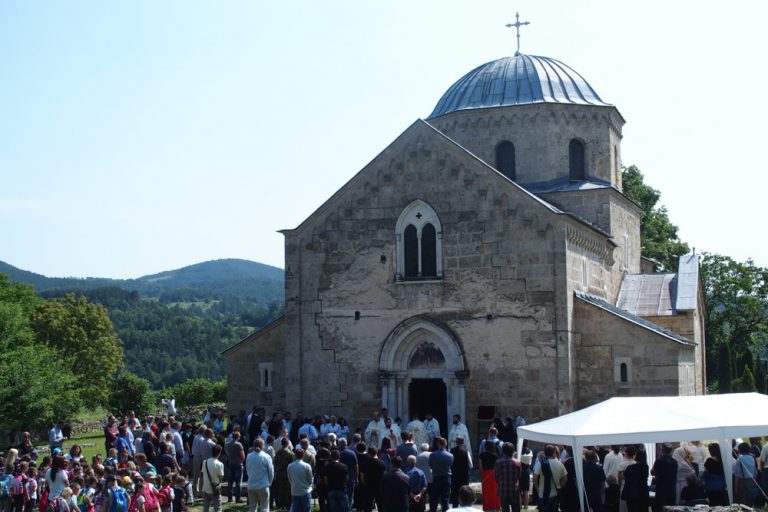 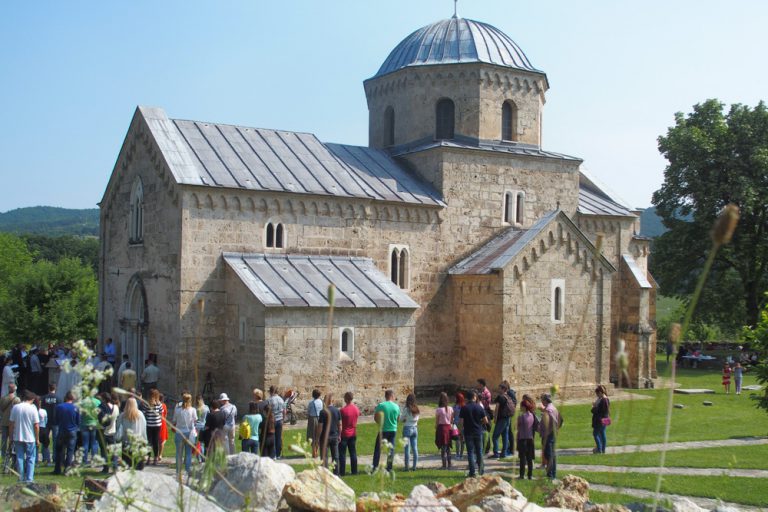 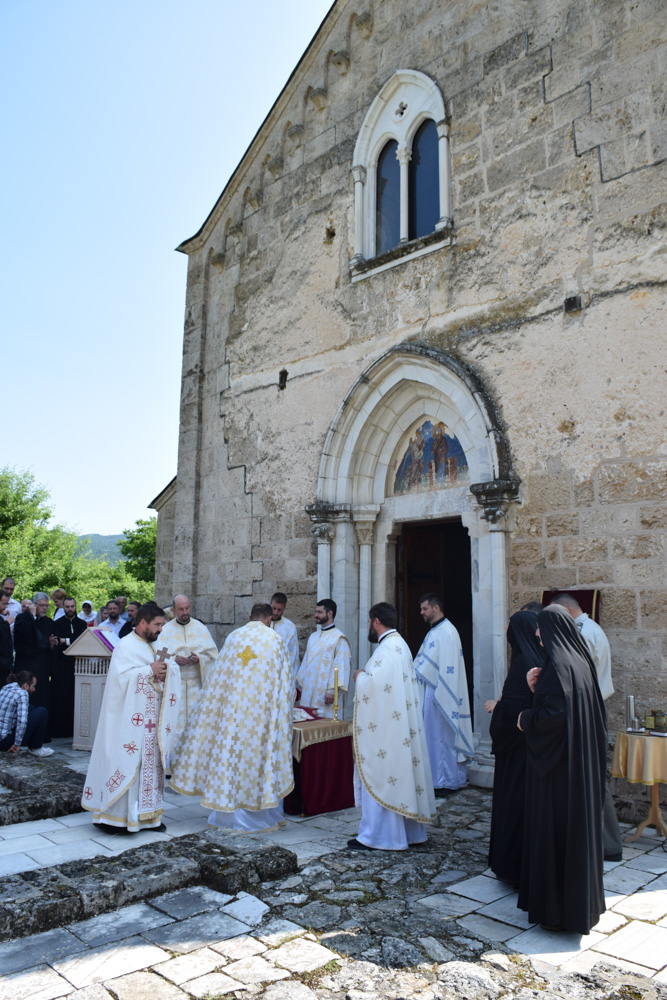 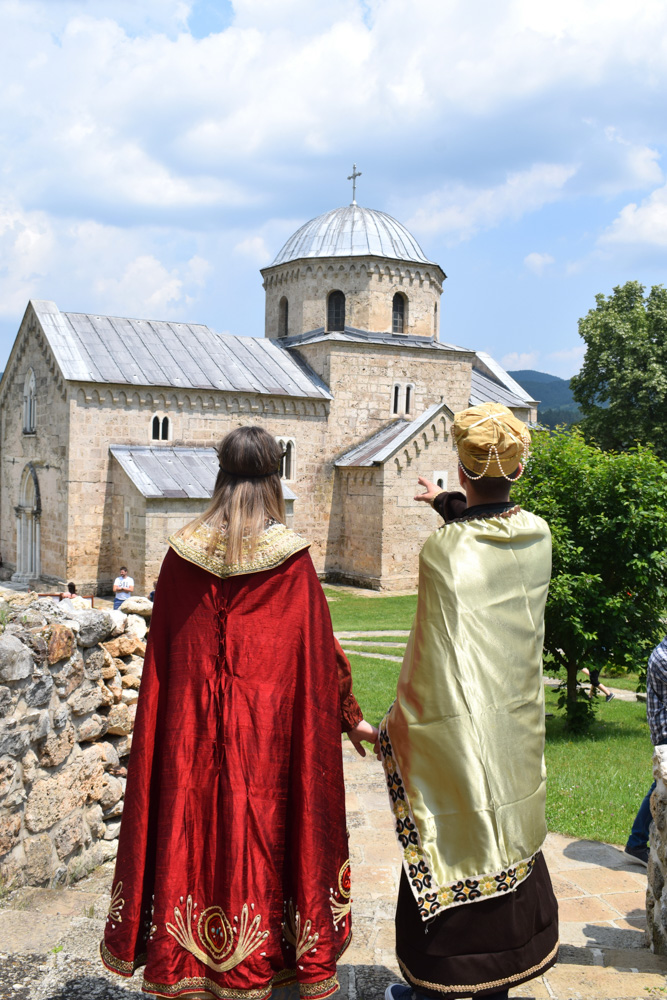 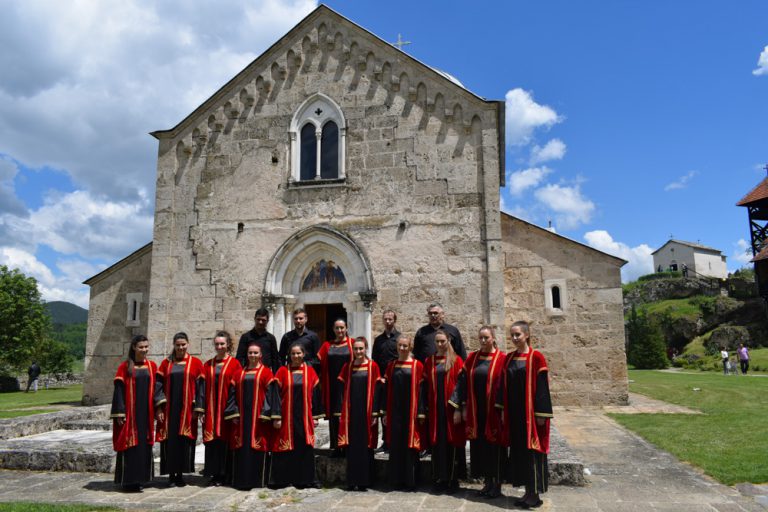